The layers of the rainforest from the top are called the Emergent Layer, Canopy Layer, Understory Layer and Forest Floor, as  shown in this year three video from Dean Mill’s School ~ Stonington, Connecticut.

I have been reading this really cool book called “Rainforests ~ Insiders”. I have learnt so much. 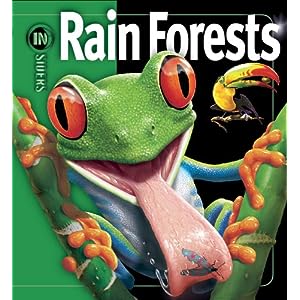 At School Sophie, Georgia and I have been making an RSPCA book. We went around the school looking for things. It was fun.

These are my choices for the Edublog Awards.

To find out how to make your choices visit http://edublogawards.com

Did you know that Bears have a really good sense of smell? It is believed that Bears can smell honey from 5km away.

The scientific name for Asiatic Black Bear is Selenarctos Thibetanus. It means Moon Bear of Tibet. This is because it has a white or cream crescent moon shape on it’s chest. These medium sized bears mainly live in Forest’s and spend most of their time in trees.

The Asiatic Black Bear is found in Southern Asia. They live in Iran, Afghanistan, Northern Pakistan, East through the Himalayas, South to Bangladesh and Laos, and North through the Tibetan Plateau. They can also be found in parts of Taiwan and on the Japanese Islands of Honshu and Shikoku. This particular population of Black Bears are called the Japanese Black Bear.

What do Asiatic Black Bears eat?

Asiatic Black Bears are omnivorous. Omnivorous means they eat both vegetation and other animals. Their diet includes grasses, fruits, berries, seeds, acorns, chestnuts, walnuts, and other fat-rich food sources. They climb trees to get these foods, as well as picking them from the forest floor. They also dine on insects, honey, small mammals, birds, fish and molluscs.

Asiatic Black Bears have lived more than 30 years in captivity, such as zoos. However, their life span in the wild is unknown.

What do think about Live Exporting of Animals from Australia?

This is an Elephant Collage Canvas.

Chameleons have two independently swiveling eyes, which allow them to see all around them without moving their head. Other reptiles do not have such all-seeing eyes.

Welcome to your brand new blog!

This is a sidebar and can be changed in Widgets in your dashboard.

You can also modify number of sidebars in theme options!